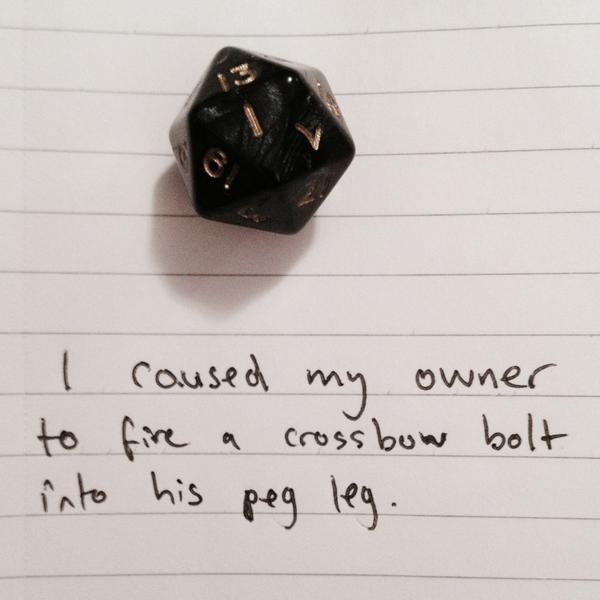 It’s a common occurrence in tabletop games to use only the dice that seem to roll well for you. Only a handful of carefully selected dice make it to my table come game-time, so when I came across the trend known as ‘dice shaming’, I was admittedly eager to see what terrible things these dice have done to their owners. Inspired by the recent popularity for publicly shaming one’s pets, dice shaming involves sharing a picture of a guilty die, accompanied by a written account of it’s terrible rolls and their horrible consequences. For example, one player recalled his die caused him to fail an attack against a weaker enemy, and to drop from a 30 foot wall.

Dice shaming is the act of sharing a picture of a guilty die, accompanied by a written account of it’s terrible rolls and their horrible consequences.

Whenever you read one of these dice shaming posts, you can smell the anger, taste the anguish, and feel the sadness of the player’s losses and failures. Of course, all of the rolls were pure chance, so why does dice shaming exist? It comes from the  joy and terror of dice superstition.

The best example of this is what’s called “charging” the dice. To do this, you roll your die (e.g. 20-sided, six-sided, etc.) until you get the side with the number 1 facing up. The idea is to capitalize on the statistic improbability of rolling the lowest number twice in a row. The next example is somewhat opposite to the first example, though. This method involves taking all the dice of the same type (e.g. all 20-sided, all six-sided, etc.) and rolling them over and over, each time removing the dice that rolled poorly until you end up with the die that performed the best. I don’t know if this method has an official name, but I do know that the idea behind it is the same as with “charging”: to give your REAL rolls the best chances for high numbers. 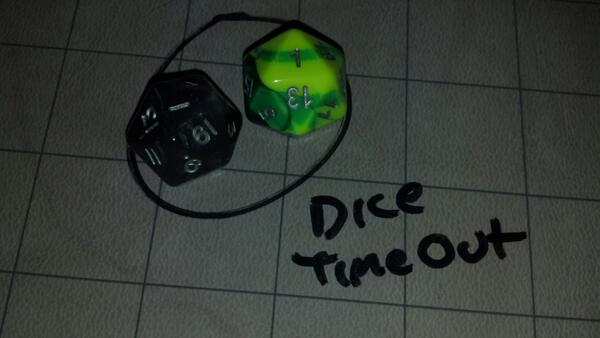 When you’re sitting at the table, both of these methods make sense. However, real statistics teach us that every time you pick up those dice, you have the same chance of rolling a 1 (or any number) each time it falls from your hand. There is no way to predetermine or affect the exact outcome of your rolls –short of a physics experiment in a lab where you can control every variable.

For the better part of my tabletop life, I have been turning all of my dice with the 1 side up.

Of course, knowing the facts doesn’t stop one from participating in dice superstition. I can admit I’ve been guilty of a little dice superstition. For the better part of my tabletop life, I’ve been turning all of my dice to the 1 side up during my D&D games. I’m unsure exactly why I continue this tradition despite repeated evidence of it failing to help me roll better. It might be because a small part of me really believes that in some way it helps me at least avoid a 1. More likely, though, I do it because all of those dice trigger the small amount of OCD I live with. Whatever the reasons, many of us have a habit, belief, or tradition that fits into the concept of dice superstition. You can be sure tabletop gamers will continue to partake in this superstition, and you can bet the act of dice shaming will continue –mostly because we all know this feel… Leave a comment with your dice related ritual or “charging” methods below, and let us know what you think of dice superstition and dice shaming!